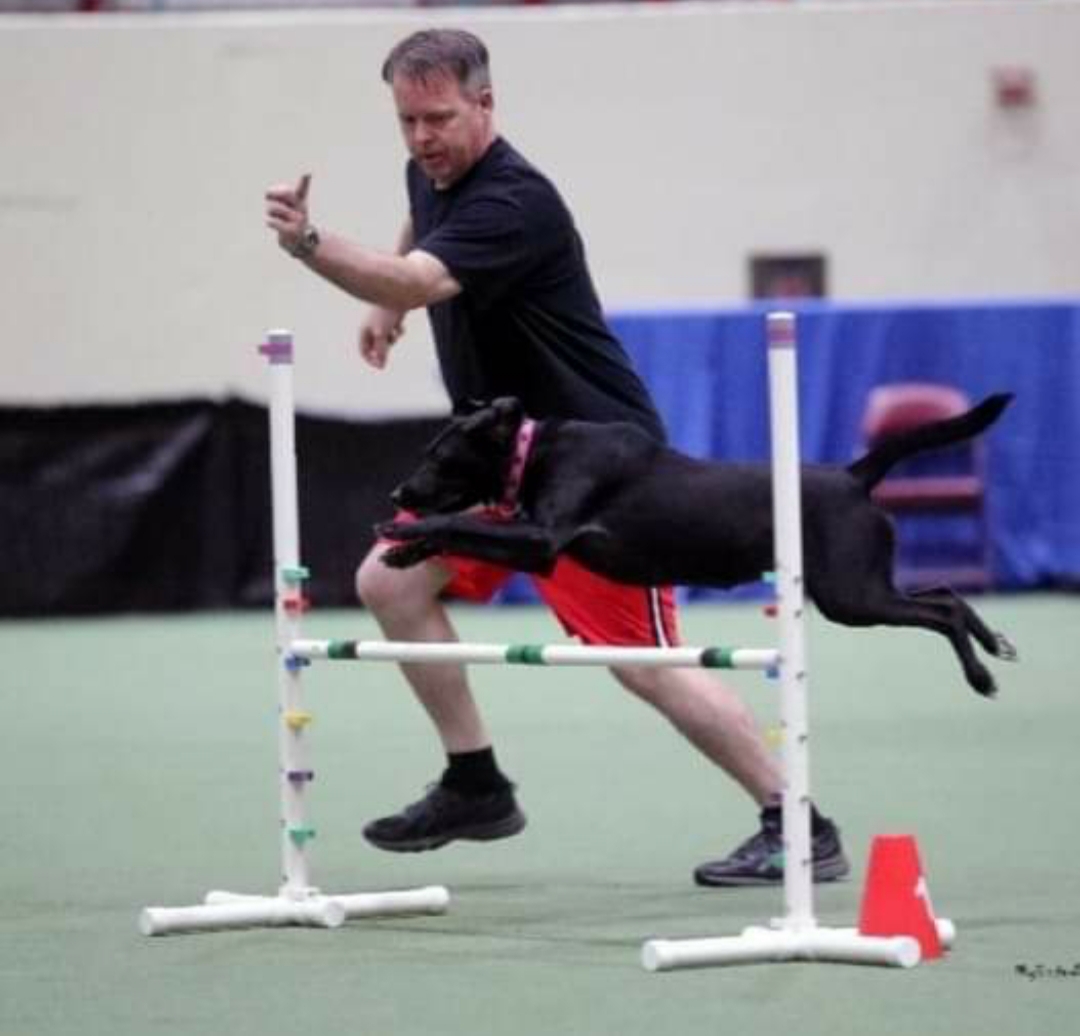 A graduate of Michigan State University, Eric was born in Michigan.  He moved to Toledo, OH and then moved to Charlotte with his wife, Lorelei, in 2008.  The two of them have a daughter, Kayla, and three dogs.  Libra (a Sheltie), Luna (a Mix Breed), and Captain (a Golden Retriever).  Both Luna and Libra compete and Captain is starting training.  Eric got the bug of competing in agility after Lorelei tore her ACL in late 2009 and he was the only person her dog Brodie (aka MACH Brodie’s Haven Fun, 2006 – 2016) would run with while she recuperated.  Now, he is running agility with Luna.  Eric has been training at CDTC since 2010, he has been the Agility Chair of CDTC from 2014 to 2017, served as the club's President from 2017 - 2019, he has helped with many agility trials, he has assisted with class, and he has organized several seminars hosted by some of the world’s best agility competitors. 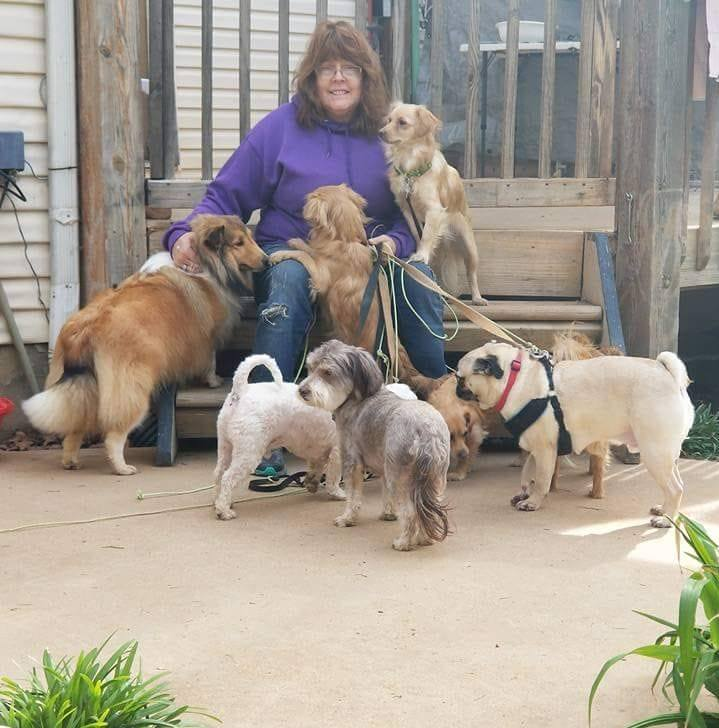 Karen was born in New Jersey and though she may seem tough on the outside (her Jersey persona), she is sensitive and a marshmallow onB the inside.  Her first dog ever was one of her Dad’s hunting dogs, a beagle.  She started taking classes at CDTC in 1996.  Karen is an artist, owns a boarding kennel and is a Patient Services Representative.  Her mother always told her:  When you are on your own you can have as many dogs as you want.  She has three dogs, Scout, a sheltie, Lizzy a Golden Retriever/boxer mix and Tenny a Black Lab/ Jack Russell mix.  She is training Scout for agility.

Lorelei and her husband, Eric, moved from Ohio to the Carolinas in 2008. She has been a member with CDTC since 2009 and has been an instructor, assistant instructor, secretary, board member,and agility trial chair.  She has earned titles in agility, rally, and obedience. Their family has three dogs; Libra (Sheltie), Luna (Lab mix), and Captain (Golden).  Libra is shown by Lorelei and her daughter, Kayla.  They compete in agility, rally, and obedience with Libra.  Eric runs Luna in agility. Captain is the youngest and most recent addition to the family. He has started with dock diving but will be shown in agility, obedience,and rally with Lorelei and in junior handling with Kayla once she is old enough

Carol grew up in the mountains of Southwest Virginia before moving to Charlotte.  Growing up she begin her love of poodles the first were toy poodles. Followed by two miniature poodle rescues which lead her to CDTC for training as well as lots of friends whose friendships have lasted over the years.  While the intention was to take a puppy class she never left and has trained several other dogs over the years.  Currently training a Standard Poodle and Chinese Cresteds.  Over the years her dogs have titled in Obedience, Rally, Fieldwork, Fast Cat, Agility and Scentwork.

I've been a member of the club for about 6 years. In addition to being on the board of directors I have previously been Training Committee Chair as well as currently serving as the Scentwork Committee Chair. I have a Labrador named Sonny and hoping to add another in the fall of 2020. I enjoy training & trialing in obedience, scentwork, lure coursing and dock diving. I've assisted several classes and enjoy helping people train their dogs. I am a very active club member, you can find me or my son volunteering at most of our events. 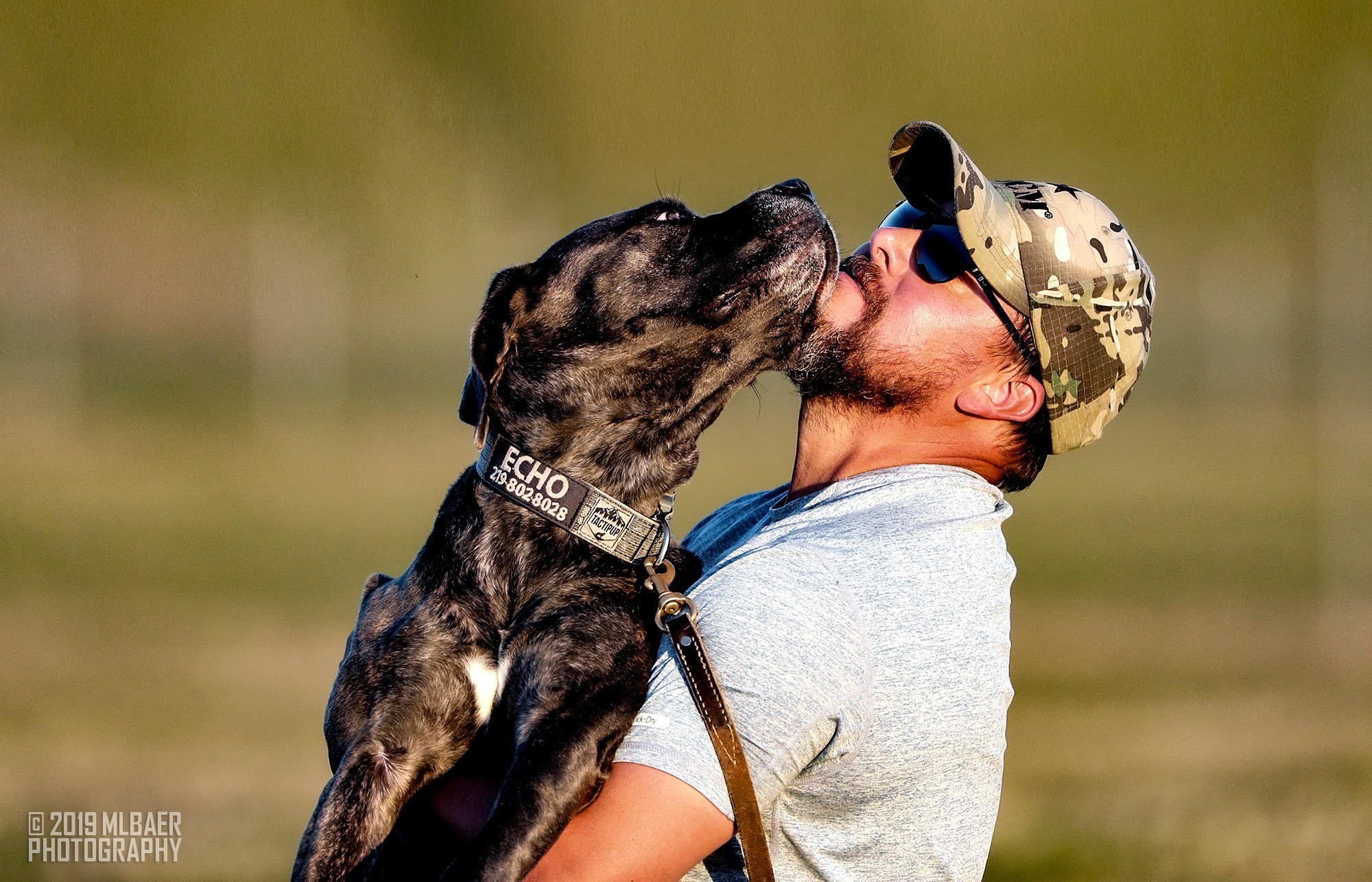 I became a member of CDTC in 2013 when I was looking for training opportunities for my first cane corso, Valentina, and me.  I quickly found what a great organization we have and have continued training her and my new corso, Echo, in many of the areas that the club  offers training, lately focusing on agility and scentwork.  During my time with CDTC, I have volunteered for multiple roles including class assistant, member of multiple committees, board member, and chairperson of training committee since 2016. As training committee chair, I have worked hard to modernize class enrollment and add new course material to supplement our class offerings.  I would like to continue this pursuit as training committee chair and would like to join our board of directors in order to promote synergy between the committee and board. My goal is to continue to develop new training opportunities for our members as well as the public, encourage new people to become members and volunteers, and maximize the value of our fantastic array of existing training options. 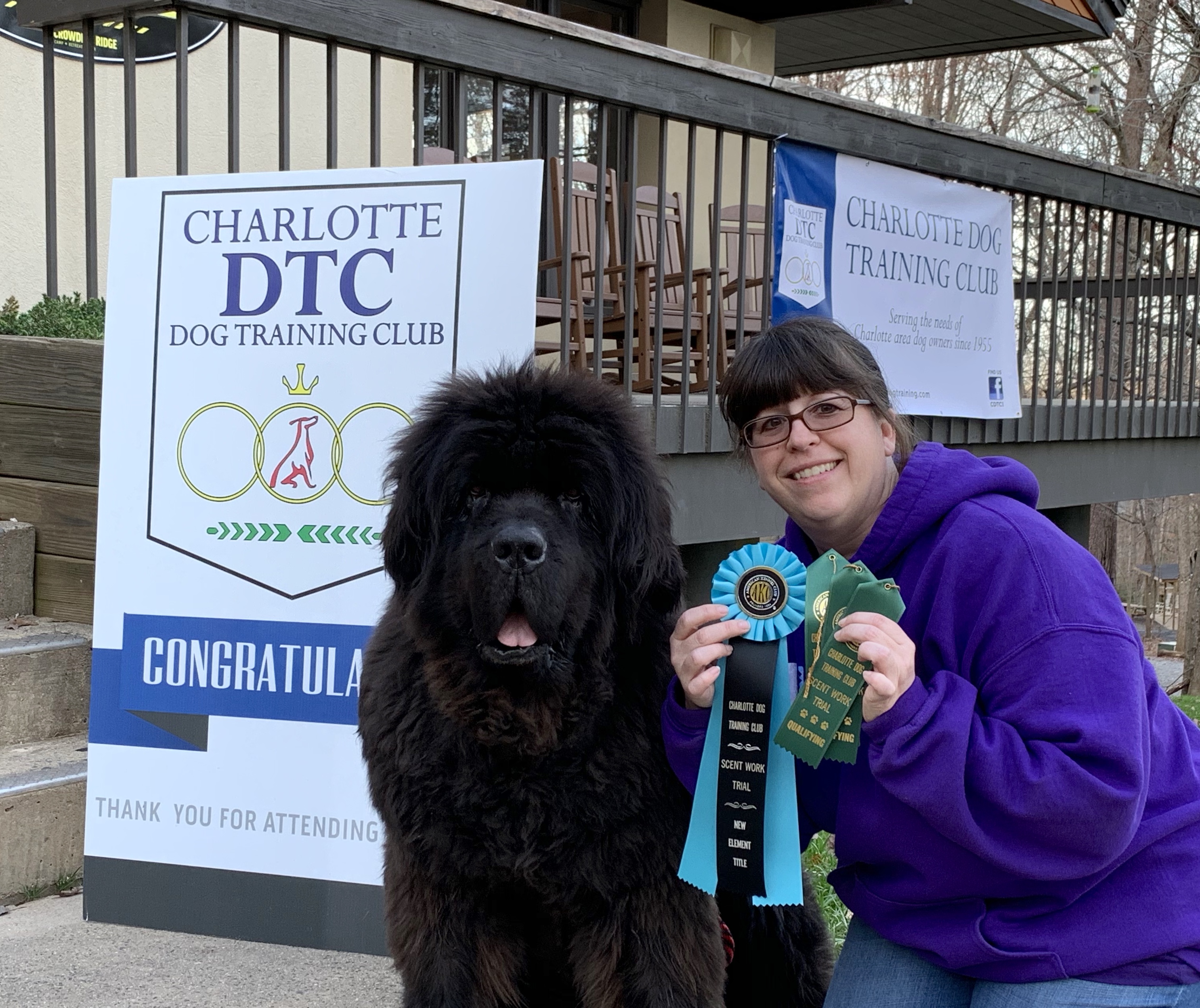 Anne moved to Charlotte in 2005 with her husband, children, and a basenji. In 2009, she brought home her first Newfoundland, Lizzie, and joined Charlotte Dog Training Club. Lizzie became her first competition dog, and she has now added two more Newfoundlands, Magic and Flash, and a Cavalier King Charles Spaniel, Oliver. She is on the Scent Work Committee and teaches Scent Work at Charlotte Dog Training. She competes in scent work, rally, obedience, water rescue, draft, and conformation, and is active in therapy visits with her dogs

Mary Pennington was born and raised in NC, on a small farm with horses, rabbits, chickens and hunting beagles. As a child and young adult Mary developed a strong relationship working with her grandfather, rescuing and rehabbing chickens and dogs that had been used in illegal fighting circles. This guidance helped Mary foster a strong appreciation for Veterinary Medicine, which prompted her to earn a degree in Veterinary Technology.  While working as a Veterinary Technician she earned certification through the American Society of Veterinary Dental Technicians and worked with all manner of animals from cats and dogs to horses and cattle.   Mary currently lives with her husband, Joshua, and two daughters, Elizabeth and Eleanor, on a small farm in Gastonia, along with three Poodles, a German Shepherd and a small flock of chickens and ducks.   Mary joined CDTC in 2015 and has trained in Obedience, Rally and Agility but has found her passion and most rewarding opportunities in working with her dogs as Therapy Dog teams, visiting hospitals, nursing homes and local schools.